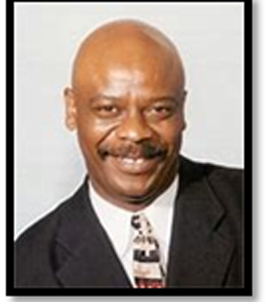 Tyrone Chatman, of Southfield, Michigan, was born in Detroit, Michigan on September 26, 1952. He joined the U.S. Army in Detroit at the age of 17. Tyrone completed Basic Combat Training on October 15, 1970, with radio operator Advanced Individual Training at Fort Dix, New Jersey. Chatman deployed to Hanau, Germany in 1971 for a one-year tour with the 516th Engineer Battalion. He served as a military advisor in Vietnam 1971-1972, with the Military Assistance Command Vietnam Team 48 in Ham Tan and MACV team 96 at Can Tho. Spec. 4 Chatman was honorably discharged at the Army Personnel Center in Oakland, California on August 17, 1972. He had been awarded the Combat Infantryman Badge, National Defense Service Medal, Vietnam Service Medal and the Vietnam Campaign Medal with 60s device.

“I am a past Case Manager and Mr. Chatman is an awesome resource for the City of Detroit. He cares about us veterans and is willing to go the extra mile to help others. They have services for any veteran that needs assistance. I believe in the work that MVF is doing and I would recommend it to any veteran that needs a step up and not a step out!!!”

Tyrone graduated from Detroit Southeastern High School in 1973. Chatman earned a BS degree for Social Work in 1982. In 1985, Tyrone established 24-hour Multi-Service Center to assist homeless. Chatman served on the Mayor’s City of Detroit Homeless Task Force in 1992. He served on the Detroit City Council Shelter Ordinance and Licensing Task Force in 1993. Tyrone created a 20-bed facility in 1993 for those hospital treated and were homeless. Chatman established a first aid station in 1996 for street people who had injured themselves. He established a 20 bed sub-acute Alcohol Detoxification Program in 1997 with full medical staffing. Over a 15-year period more than 1,600 individuals participated in the Neighborhood Service Organization Institute on Substance Abuse Studies 10-week course that Tyrone instructed. Chatman received the 1999 Robert Wood Johnson Foundation “Community Health Leader Award.” He serves as the Chief Executive Officer and Executive Director of the Michigan Veterans’ Foundation in Detroit. Tyrone has hobbies and interests of music and classic cars. Chatman is a member of Vietnam Veterans of America and is a past Commander of the Dorchester American Legion Post #387 in Detroit. He is an honorary “Tuskegee Airmen” and “Buffalo Soldier.” Tyrone had been awarded the “Spirit of Detroit” Award six times and the “Americanism Award” from the American Legion. 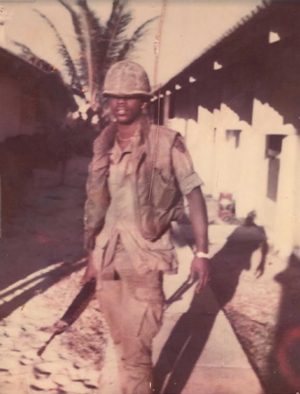 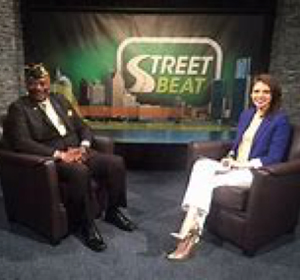 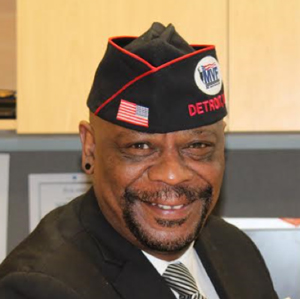