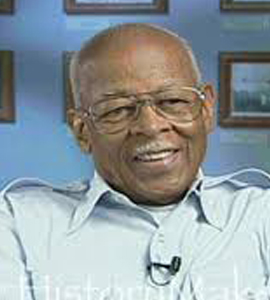 Alexander "Jeff" Jefferson, of Southfield, Michigan, was born on Thursday, November 15, 1921 in Detroit, Michigan. He graduated from Detroit Chadsey High School in 1938, where he was the only student to have taken college preparatory classes. Jeff earned a BS degree in Chemistry and Biology from Clark College in Atlanta, Georgia in 1942. Jefferson received his “Pilot’s Wings” after completing pilot training at the Tuskegee Army Airfield in 1944 and combat training the same year at Selfridge Field in Mount Clemens, Michigan. He was a member of the famous “Tuskegee Airmen” of the U.S. Army Air Forces with the 332nd P-51 “Red Tail” fighter group in Ramiltelli, Italy. Jeff was shot down over Toulon, France during his 19th mission on August 12, 1944. Jefferson was captured by Nazi ground troops upon safely parachuting to safety. He was a prisoner of war in Poland and then Dachau where he was freed by General George Patton’s U.S. Third Army.

You’ve made this country what it is and we’re proud to have you here, Renaming the street is symbolic but is nothing in comparison to what you’ve done for Selfridge, for Michigan and for our country,

Jeff arrived in New York City in 1945 onboard the RMS Queen Mary. Jefferson received his teaching certificate from Wayne State University in 1947, where he would earn his master’s degree in Education in 1954. Lt. Col. Jefferson retired from the Air Force in 1969 and had been awarded the Purple Heart, Air Medal, Air Force Achievement Medal, Prisoner of War Medal and the Air Force Presidential Unit Citation. Jeff was appointed assistant principal in 1968 and retired in 1979 after 30 years of dedicated service in the Detroit Public School System. Jefferson and the Tuskegee Airmen were collectively awarded the “Congressional Gold Medal” in 2007. Morgan Freeman narrates Jefferson’s profile on the American veterans Center website. His book “Red Tail Captured, Red Tail Free: Memoirs of a Tuskegee Airman and POW”, is a personal story of those who served America in WWII and after. The “Luft Gangster: Memoirs of A Second-Class Hero” is a 2016 award-winning documentary film about the life and legacy of Alexander Jefferson. Selfridge Air National Guard Base Celebrated Black History Month by renaming a street “Tuskegee Airmen Way” on February 27, 2018, honoring Jefferson and the other Tuskegee Airmen who served in the 127th Wing at the base.

The P-51 pilots were in for a fight, and it would take all of their skill to survive. The P-51’s began their strafing run. Bringing up the vulnerable rear position was 22-year old Alexander Jefferson who was already flying his 19th combat mission. Jefferson let loose a burst of fire flying no more than 50 feet above his target, suddenly the plane shook with a loud blast. Seeing the plane crash into flames, his comrades reported Lieutenant Jefferson killed in action, news his parents would receive soon after. Falling from the sky lieutenant Jefferson immediately opened his shoot, hitting the ground he looked up to find a rifle in his face, in German a soldier said yes, for you lieutenant the war is over. 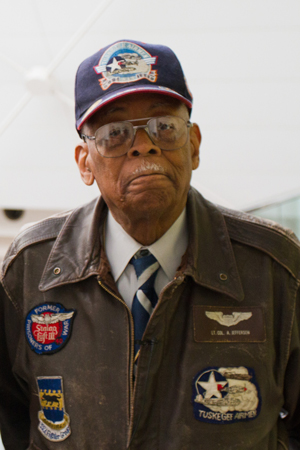 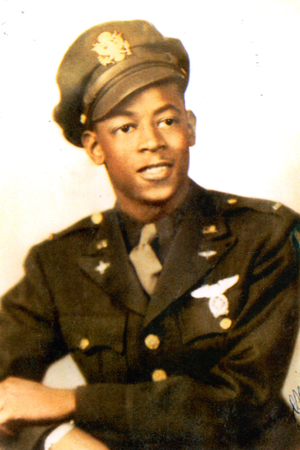 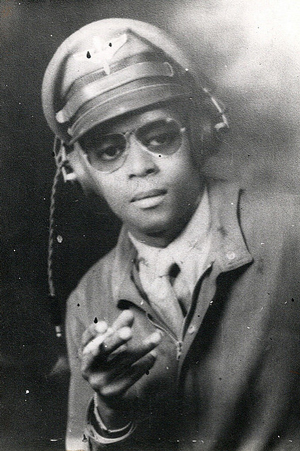