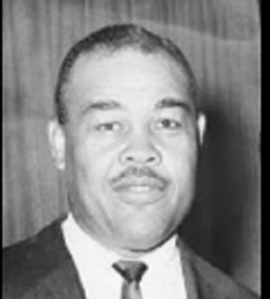 Joe Louis, of Detroit, Michigan, was born in Lafayette, Alabama, on May 13, 1914. He worked at the Ford Motor Company River Rouge Plant and attended Bronson Vocational School to learn cabinet-making. Joe won the 1933 Detroit Golden Gloves Light Heavyweight Championship, 1934 Golden Gloves Open Division, 1934 Chicago Tournament of Champions and the 1934 U.S. Amateur AAU National Champion. Louis had an overall record of 119-6 (.952), amateur record of 50-3 and 43 knockouts, professional record 69-3 and 52 knockouts, with a record for the longest heavyweight title reign 1937-1949. He was credited with quotes of “Everyone has a plan until they’ve been hit” and “He can run, but he can’t hide.”

"Yes, Joe Louis is a credit to his race—the human race."

Joe enlisted as a Private in the U.S. Army at Camp Upton in New York on January 9, 1942 at the age of 27. Louis completed basic training at Fort Riley, Kansas, and was assigned to the Special Services Division. He traveled 22,000 miles to perform 96 boxing exhibitions for two million soldiers. Joe participated in recruiting with his “We’ll win, because we’re on God’s side” comment a key slogan. He was awarded the Legion of Merit on September 23, 1945, for incalculable contribution to the general morale. Staff Sgt. Louis was honorably discharged by the Army on October 1, 1945. He retired from boxing in 1951 with a legacy of being named fighter of the year four times, five bouts chosen fight of the year and selected the #1 heavyweight of all time in 2005. Joe’s interest in golf led to establishing The First Tee public charity to introduce golf to kids and teens. Louis participated in the 1952 San Diego Open on a sponsor’s exemption to break the PGA color-barrier. He was an entrepreneur with several of his many interests the Joe Louis Restaurant, Joe Louis Milk Company and Joe Louis Insurance. Several of the many Detroit tributes are Joe Louis American Legion Post 375, Joe Louis Arena, fisted hand monument at corner of Jefferson Avenue and Woodward Avenue. Others were “Congressional Gold Medal”, Bronze statue at the Alabama Chambers County Courthouse, honorary PGA membership and book “Brown Bomber” by Barney Nagler. Joe died on April 12, 1981 at the age of 66 and buried in the Arlington National Cemetery.

Joe Louis was more than a sports legend—his career was an indictment of racial bigotry and a source of pride and inspiration to millions of white and black people around the World. 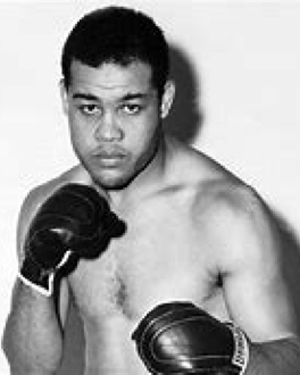 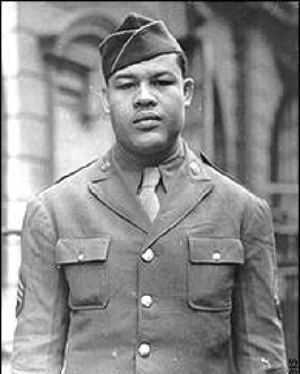