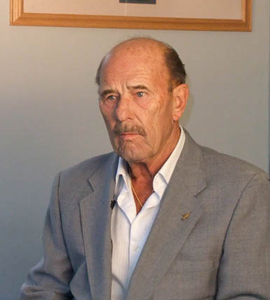 Donald Odell, of Mt. Clemens, Michigan, was born in Pontiac, Michigan in 1935. He studied at the University of Oklahoma and the University of Maryland. Digger joined the Air Force in 1952 and completed the Aviation Cadet Pilot Training, Air Force Basic Instructor Pilot Training, Combat Crew Training and Jungle Survival School. Odell served at the Yuma Air Force Base, Arizona; in Germany flying F-86’s and F-102’s; McConnel Air Force Base, Kansas flying the F-105D; 34th Tactical Fighter Squadron, 388 Tactical Fighter Wing, Korat, Thailand; and at Clark Air Force Base in the Republic of the Philippines. He was shot down on his 17th mission over North Vietnam in 1967 and languished in the Hanoi Hilton for five and a half years as a prisoner of war.

Digger survived torture and other mistreatment at the hands of his captors. Lt. Col. Odell retired from the Air Force in 1975 and had been awarded the Silver Star Medal, Legion of Merit, Bronze Star Medal with “V” device for valor with Oak Leaf Cluster, Distinguished Flying Cross with Oak Leaf Cluster, two Air Medals, two Purple Hearts, Air Force Commendation Medal, Vietnam Service Medal with 11 Bronze Battle Stars, Prisoner of War Medal and the Daughters of the American Revolution Medal of Honor. He was author of the book “POW” and in 2017 Selfridge Air National Guard Base renamed a street “Digger Odell” in his honor on the 50th anniversary of the day his plane was shot down. Digger is a member of the Selfridge ANGB Community Council and the Michigan Winter Special Olympics Organization.

I’ve had the honor and privilege to listen to some of the stories that goes on the five and a half years and I just cannot imagine. “You know from you’ve done, what you sacrificed, and what you continue to do, all the programs that you run, the kids you take care of, on behalf of the 127th wing and myself, we want to say thank you for all that you do, you’re a very special person, and we appreciate that. 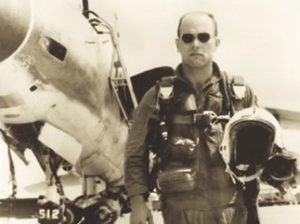 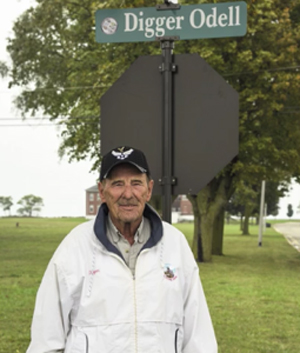 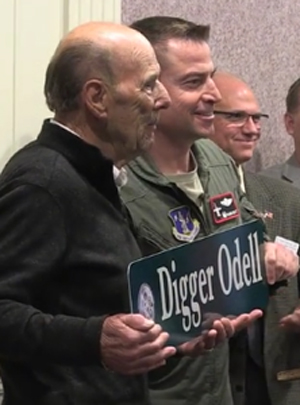