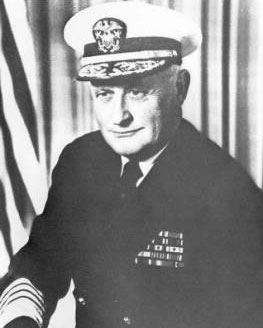 Maurice Curts was born in Flint in 1898. He received an appointment to the US Naval Academy, graduated in 1919 and served in the cruiser USS Chester, and the aircraft carrier USS Saratoga. Curts earned his master’s degree in electrical engineering from Harvard University in 1928. Maurice was serving on the US Pacific Fleet staff when Pearl Harbor was attacked on December 7, 1941. He later commanded the cruiser USS Columbia during the Battle for Leyte Gulf, when Columbia sank a Japanese battleship, cruiser and six destroyers. Subsequent tours were as Commander, Cruisers-Destroyers, Deputy Commander and then Commander of the US Pacific Fleet.

Admiral Curts retired in 1960 as the Commander, Western Sea Frontier. Awards include the Distinguished Service Medal (2), Navy Cross, Silver Star, Legion of Merit (3), Bronze Star, Purple Heart, and awards from Argentina, Peru and Thailand. Admiral Curts was Director of Telecommunications Policy for the Secretary of Defense 1960-1965. The frigate USS Curts was named for him. Maurice died in 1976 at the age of 77. 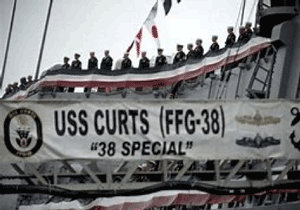 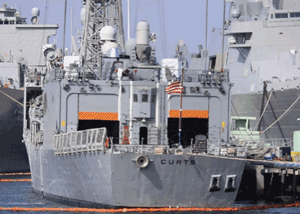