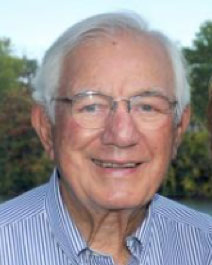 Morton Harris, of Bloomfield Hills, born in 1920. He attended Wayne State University but joined the US Army Air Corps immediately after the Pearl Harbor attack. He served as commander of a B-17 squadron during World War II, flying 30 combat missions with the 8th Air Force in the European Theater. Harris was shot down twice, once in the North Sea, and again, barely clearing the English coast to crash land in a field. Major Harris was honorably discharged in 1945. Awards include the Distinguished Flying Cross (3), Air Medal (6), and awards from France and Poland. Harris founded the Mercier Corporation and served on the boards of Michigan National Bank and Henry Ford Hospital. He co-founded American Axle and Manufacturing in 1994. Harris was a 2018 Churchill Fellow inductee and 2019 Michiganian of the Year. Philanthropic donations include the Detroit Symphony Orchestra, Detroit Institute of Arts, Oakland Family Services, the Michigan Science Center and a $20 million contribution to build a cancer facility at Henry Ford Hospital. 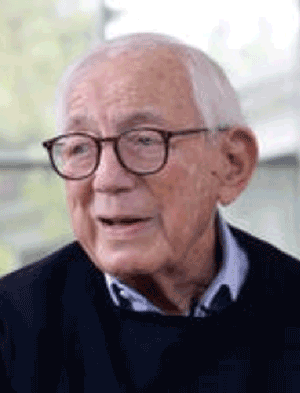 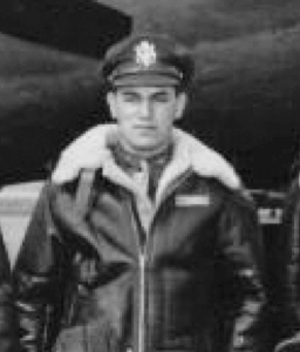 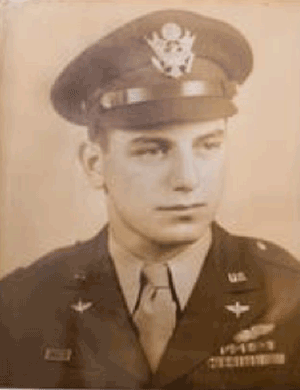 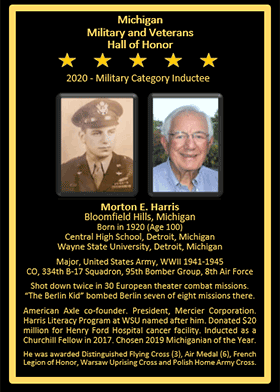