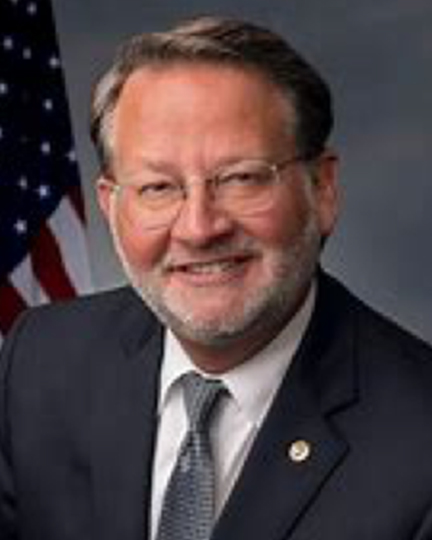 Gary Peters was born in Pontiac in 1958. He earned a BA from Alma College in 1980, an MBA from the University of Detroit Mercy in 1984, a JD from Wayne State University Law School in 1989, and an MA from Michigan State University in 2007. He worked as an investment advisor for more than 20 years. Peters joined the US Naval Reserve in 1993 at age 34. As a Supply Corps Officer, he served from 1993 to 2000. He rejoined the Naval Reserve after the 9/11 attacks, serving in Operation Southern Watch and the Global War on Terrorism and was honorably discharged in 2008. He was elected to the Rochester Hills City Council in 1991, the Michigan Senate in 1994, the US House of Representatives in 2009, and the US Senate in 2014, where his committee assignments include the Homeland Security & Governmental Affairs Committee (Chair), the Armed Services Committee, and the Commerce, Science, & Transportation Committee.