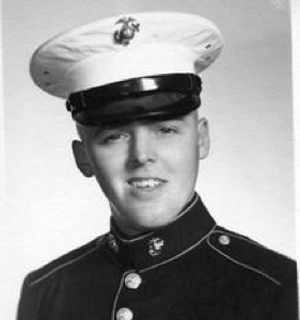 Peter Secchia was born in 1937 in Englewood, New Jersey. He served as a sergeant in the US Marine Corps 1956-1959. Secchia earned a BA from Michigan State University in 1963. He was elected Michigan’s Republican National Committeeman in 1980, 1984 and 1988, and later served as Vice Chair of the Republican National Committee (Midwest Region). He was nominated as the US Ambassador to Italy and San Marino by President George H.W. Bush, serving in those posts concurrently 1989-1993. Secchia was Chief Executive Officer for Universal Forest Products and Chairman of the River City Food Company. In 1994, he was appointed Chair of Secchia Commission I by Governor John Engler, focusing on improving government services. Secchia Commission II focused on public sector pensions. His many philanthropic gifts include a $1 million donation to his alma mater for construction of the women’s softball field (Secchia Stadium), and the lead gift for the MSU College of Human Medicine in Grand Rapids. Secchia died in 2020 at age 83. 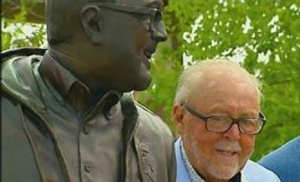 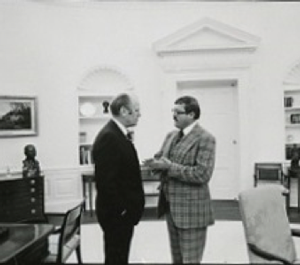