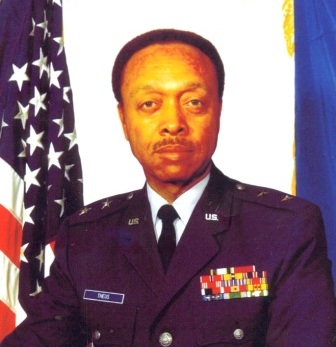 Lucius Theus of Southfield was born in 1922, in Tennessee. He graduat-ed from the University of Maryland in 1956. Lucius enlisted in the US Army Air Forces in 1942 as a private. He was selected for Officer Candidate School, graduated second in his class in January 1946, and commissioned a second lieutenant. He initially served at Tuskegee Army Airfield, Alabama. Various stateside and overseas assignments fol-lowed, including Director, Air Force Accounting and Finance Center, and Commander, Cam Ranh Bay Air Base.

Theus attended the Armed Forces Staff College in 1960 and graduated with distinction from the Air War College in 1966. He developed a direct-deposit system for military payrolls and led a task force that produced significant DOD race-relations education and policies. Major General Theus retired from the Air Force in 1979. Awards include the Distinguished Service Medal (2), Legion of Merit, Bronze Star, and Air Force Commendation Medal (3). He was the first African-American combat support officer to be promoted to the rank of general officer. He assisted in establishing the National Museum of the Tuskegee Airmen in Detroit, was inducted into the Michigan Aviation Hall of Fame in 1996. Theus died in 2007 at the age of 85. 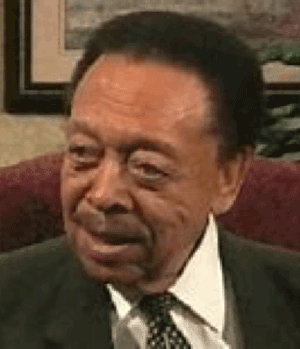 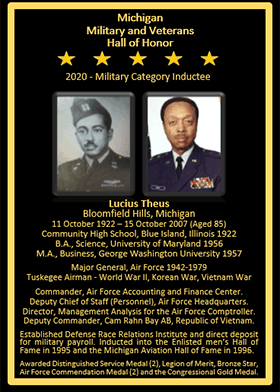