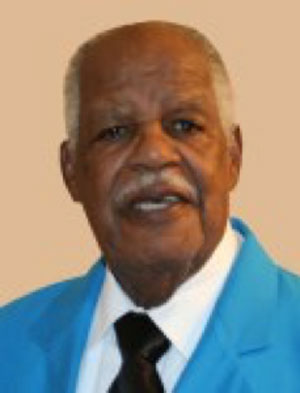 Donald Thomas Jr. was born in 1926. He earned degrees from Wayne State University and Tuskegee University. Don joined the US Army Air Forces in 1944 and completed Tuskegee Airmen training. Thomas was discharged after World War II and rejoined the US Air Force in 1950. He qualified in 17 different aircraft types and logged over 6,800 flight hours. Thomas served not only in World War II, but also in the Cold War, Korean War, and the Vietnam War. Lieutenant Colonel Thomas retired in 1983. Awards include the Meritorious Service Medal (2), Air Medal (2), Joint Service Commendation Medal (2), and various campaign and service awards. Don served as an instructor at Embry-Riddle University and Assistant Professor for Aerospace Science at North Carolina A&T University. Don served as president of the National Museum of the Tuskegee Airmen in Detroit and was inducted into the Michigan Aviation Hall of Fame in 2015. He died in 2011 at the age of 85. 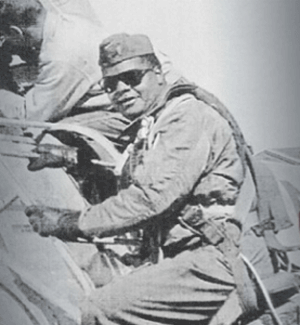 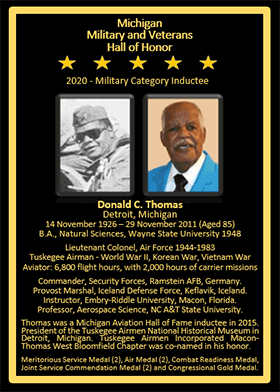