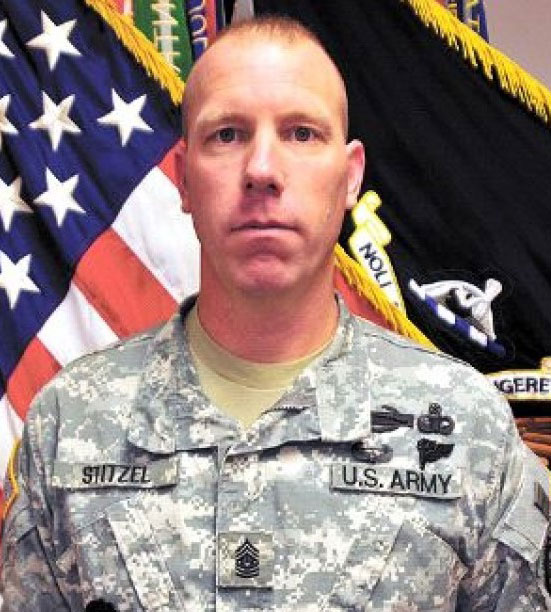 LET IT BE KNOWN, that it is with great respect and admiration that we honor Command Sergeants Major Jeffery T. Stitzel, U.S. Army (Ret.) upon his induction into the Michigan Military and Veterans Hall of Honor. CSM Jeff Stitzel exemplary military service and contributions to the nation throughout his military career serve as an example to which we all should aspire.


Jeff Stitzel was born on November 7, 1969, in Royal Oak, Michigan to Larry and Beverly Stitzel. Jeff grew up in Farmington and graduated from Farmington High School in 1987. Shortly after graduation, he enlisted into the United States Army and served with distinction for the next 31 years.

After completing basic training, served with distinction in a variety of units and leadership positions throughout his career. During his time in service, he graduated from both the Air Assault Course, the Army’s Airborne School, and the Pathfinder Course among other training schools. He went on to serve in the 3rd U.S. Infantry Regiment, better known as the Old Guard, which serves as the Guard for the Tomb of the Unknown Soldier. He served as a drill sergeant at Fort Jackson, SC, and in the 501st Parachute Infantry Regiment, Ft. Richardson, AK and in the 82nd Airborne Division, Ft Bragg, NC. He deployed overseas for Operation Enduring Freedom, Operation Iraqi Freedom, and Operation United Assistance. As a First Sergeant during Operation Diablo Reach Back, he was awarded the Army Commendation Medal with Valor for risking his own life several times to protect his soldiers and extract casualties from danger. He went on to be promoted to the highest enlisted rank in the Army and served as the Command Sergeants Major for several units to the include the 82nd Airborne Division; the Joint Improvised-Threat Defeat Organization, Defense Threat Reduction Agency; the 1st Battalion, 19th Infantry Regiment, Ft. Benning, GA; The Old Guard; and the U.S. Africa Command/Southern European Task Force.

Upon retiring from the Army after 31 years of distinguished service, he entered the private sector, but continues to serve as a volunteer in a variety of organizations such as the USO, his local Association of the United States Army (AUSA) chapter, the Old Guard Association, and the Society of the Honor Guard, Tomb of the Unknown Soldier.

RESOLVED BY THE MICHIGAN LEGISLATURE, That we honor and commemorate the military service and commitment to excellence of retired Command Sergeants Major Jeffery Stitzel. His selfless service and commitment to our country for the preservation of life, liberty, and the pursuit of happiness for all Americans must never be forgotten. Command Sergeants Major Stitzel exemplifies the essence of American public service and should be recognized as a role model by all individuals.

IN SPECIAL TRIBUTE, Therefore, this document is signed and dedicated to honor Command Sergeants Major Stitzel for his exemplary service to the State of Michigan and to the United States of America, and to commemorate his induction into the Michigan Military and Veterans Hall of Honor.