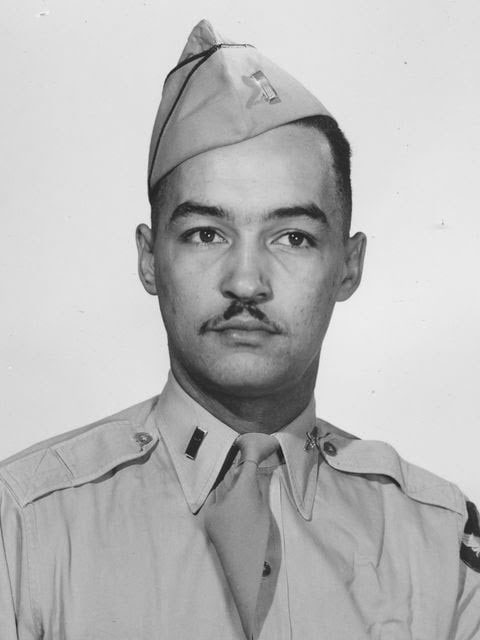 Coleman Young was born in 1918, in Tuscaloosa, Alabama. His family moved to Detroit in 1923. The oldest of five children, Coleman served in the 477th Medium Bomber Group, a unit of the “Tuskegee Airmen,” in the US Army Air Forces. As a 2nd Lieutenant, he was assigned duties as bombardier and navigator. He protested segregation in the Army, playing a role in the Freeman Field Mutiny in 1945, a series of incidents involving fellow unit members’ attempts to integrate an all-white officers' club. The mutiny is generally regarded by historians of the Civil Rights Movement as an important step toward full integration of the armed forces. He was elected as a delegate to help draft a new state constitution for Michigan in 1960 and helped draft that document’s section on civil rights.


Coleman was elected to Michigan Senate in 1964 and later served as the first African-American Mayor of Detroit, 1974-1994. As Detroit’s mayor, he was successful in creating coalitions among Detroit corporate leaders and securing federal funding for major projects such as the Renaissance Center, Detroit People Mover, the General Motors Detroit /Hamtramck Assembly Plant, the Chrysler Jefferson-North Assembly Plant, Riverfront Condominiums, the Harbortown retail and residential complex and the construction of Joe Louis Arena.

Under his leadership, City of Detroit departments and agencies helped provide information and resources for veterans and their families and coordinated with the federal Department of Veterans Affairs-John D. Dingell Medical Center, Wayne County offices, and numerous veteran service organizations, all of which provide veteran services within the City of Detroit. Coleman died in 1997 at age 79.