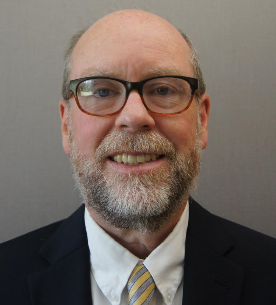 Bill MacDhubhain has called Michigan his home since his retirement in the rank of Lieutenant for the United States Coast Guard in 2004. A military brat, Bill was born in 1959 at Tripler Army Hospital in Honolulu Hawaii and lived on Ford Island in Pearl Harbor with his siblings, Mother Phoebe and Father John, a Navy WWII/Korean War carrier pilot. Raised in San Diego California, he enlisted in the U.S. Coast Guard in 1979 and served in the Yeoman administrative rating for 11 years and achieving the rate of Chief Petty Officer, then entering the Chief Warrant and Commissioned Officer ranks. Bill was stationed for seven years in Southeast Alaska and three years in London, United Kingdom, followed by tours in Petaluma, California, Cleveland Ohio, Hampton Roads Virginia, and Coast Guard Headquarters in Washington DC. During his service, Bill earned professional qualifications in human resources, unit administration, security management and marine environmental protection.

Bill’s military awards include the Coast Guard Meritorious Service Medal, Commendation Medal, four Achievement Medals, several Letters of Commendation and Meritorious Team Commendations, and the Pistol and Rifle Marksmen ribbons. Besides his service as a director of the MMVHOH, Bill is a long-time member of the Fleet Reserve Association.

Bill graduated from Baldwin Wallace College (Ohio) with a Bachelor of Arts Degree in History in 1995 and a Master’s in science in Education from Old Dominion University (Virginia) in 1999. Since his retirement from the Coast Guard in 2004, he has been employed by Michigan Works!, first with Ottawa County Michigan Works serving as an employment skills counselor and manager, and now with West Michigan Works!, which provides services for job seekers and employers in the West Central region of the State. He is currently serving as the agency’s Regional Assistant Facilities Manager for their eleven locations, providing oversight for occupational health and safety, preventive maintenance, facility security, and vehicle management.

Bill has been married to Michigan native Ann for 34 years, raising children John and Phoebe. They live in Rockford Michigan and spend time restoring their vintage house and volunteering for activities in their church and community.