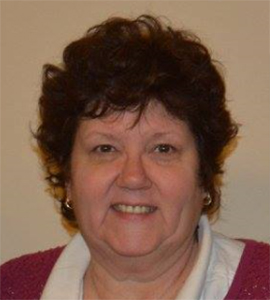 Mary Ann is a Michigan native. Born in Highland Park she has resided in Hazel Park, growing up was spent mostly in Sterling Heights where she graduated from Sterling Heights High School in 1974. After high school she became the first female carpenter in Michigan doing rough construction. Before winter and the cold set in she would continue her firsts when she joined the Marine Corps. She joined with hopes of being a graphic illustrator but her skills with tools and blueprint reading did not go unnoticed in test scores and instead she with three other women would be the first female electricians in the Marine Corps. She would later work high voltage once stationed in Albany, Georgia. Merritt would then do reserve duty after her active duty was over at Selfridge Air National Guard base. Her work as an electrician would go on.

Mary worked a variety of jobs from Medical Assistant to floral designer. She retired from General Motors in Lake Orion after 31 years as a journeyman pipefitter. She was active in her Union Local 5960 and was on their veterans committee since its inception for 28 years, serving as president of the committee for the last 12 years.

Mary’s greatest joy comes from her volunteer work. She has been a member of the Women Marines Association (WMA) Motor City Chapter since 1978. On the National level she has been the Public Relations officer since 1998. She wears many hats to include graphic design, Social media and Website administrator. She founded Operation Caring Friends in 2004 which sends needed supplies and goodies to our troops deployed in harm’s way. That program is still operational.

Her transition to civilian life, like all, was scattered with bumps and detours but smoothed out as time went on. She has been married to Jeffery Merritt, an Army Veteran, for 32 years and they reside in Romeo, Michigan. She has two children, Catherine, and Michael with three grandchildren. Her hobbies are drawing and painting and her gardens.

She states, “Being a director in the Michigan Military Veteran Hall of Fame is an honor. It is a privilege to serve on a board that recognizes the trails blazed and accomplishments of our Michigan Veterans.”