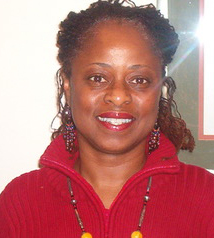 Vanassa Owens-Warren, of Detroit, Michigan, served in the U.S. Air Force Reserve as a flight nurse with the rank of Captain. She was awarded the Combat Readiness Medal, National Defense Service Medal, Air Force Longevity Service Award, Southwest Asia Service Medal and the Meritorious Service Medal. She deployed to the Kingdom of Saudi Arabia for Operation Desert Shield and Operation Desert Storm. Her qualifications included the Chief Nurse Badge and Senior Flight Nurse Wings after accumulating 500 flight hours. graduated from Cass Technical High School at Detroit in 1971 and earned an associate degree in Nursing from Harper Hospital School of Nursing at Detroit in August of 1974. She earned her Bachelor of Science degree in Allied Health and Science from Siena Heights College at Southfield, Michigan in August of 1984, with a Master of Science in Health Administration from Central Michigan University at Troy, Michigan in August of 1997. She completed Business Plan Development certification with the Detroit Entrepreneurial Institute of Detroit in August of 2000. Vanassa is a registered nurse and is a member of the National Association of Female Executives, American Massage Therapy Association National Certification, American College of Healthcare Executives 2016-2018, Volunteers of America Board of Directors, and former president of the Detroit Chapter of the American Association of Legal Nurse Consultants.