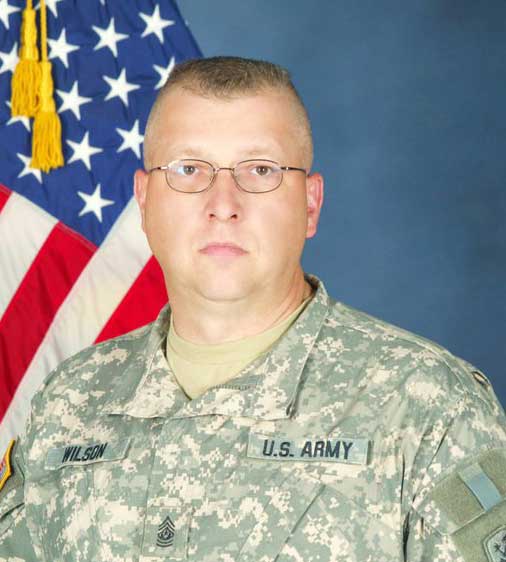 Michael Wilson is a retired Command Sergeant Major with 27 years of military service in the United States Army and Army National Guard. He is a veteran of Operation Desert Storm and Operation Iraqi Freedom. During his military career, he deployed to several foreign countries, was a member of the security Taskforce for the 1996 Olympic Games and provided support for Hurricane Katrina in 2005. Michael graduated from the U.S. Army Sergeant Major Academy in 2005. Most of Michael’s military career was spent in leadership roles and in teaching leadership.

Michael worked as a contractor for the U.S. Army’s Survivor Outreach Services for six years. His role as Senior State Support Coordinator was to support families of fallen servicemembers and veterans to insure they were getting benefits and services they earned and deserve.

Recently, Michael has worked as a Regional Coordinator in Southwest Michigan and the Lansing Region for the Michigan Veteran Affairs Agency headquartered in Lansing, Michigan. He coordinated the Veteran Engagement Team of Southwest Michigan and Lansing Area Veteran Coalition made up of volunteers from hundreds of agencies in southwest and central Michigan. Mike works with many resources including Michigan Workforce Development, Veterans Administration, County and Local Government Veteran Services Offices, and the Governor’s office to ensure Michigan’s veterans are getting the best support and services offered with a goal of being the most veteran friendly state in the country.

Michael holds a bachelor’s degree from Spring Arbor University in Business and Organizational Development and is currently pursuing a master’s degree in organizational leadership through Trine University.