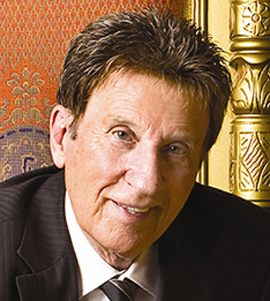 Michael Ilitch, of Bloomfield Hills, Michigan, was born in Detroit, Michigan on July 20, 1929. He graduated from Cooley High School in Detroit. Mike joined the U.S. Marine Corps 1947 at the age of 18. Mike completed basic training at the Marine Corps Recruit Depot Parris Island in Beaufort County, South Carolina. Sgt. Ilitch served in Pearl Harbor, Hawaii and was discharged by the Marine Corps in 1951. He played professional baseball as a minor-league infielder for the Detroit Tigers, New York Yankees and Washington Senators organizations 1952-1955. Mike and his wife, Marian, opened Little Caesars Pizza Treat in Garden City, Michigan in 1959. Little Caesars has grown into the third-largest pizza chain in the United States, with franchises also located internationally in Asia, Middle East, Australia, Canada, Latin America and the Caribbean.

My father was a once-in-a-generation entrepreneur, visionary and leader, setting the tone for our organization and our family, He made such a positive impact in the world of sports, in business and in the community, and we will remember him for his unwavering commitment to his employees, his passion for Detroit, his generosity to others and his devotion to his family and friends.

Ilitch owned many professional sports teams including the Detroit Caesars softball team that won the “World Series” in 1977 and 1978, the Detroit Red Wings (1982-2017) winning the “Stanley Cup” in 1997, 1998, 2002 and 2008, the Detroit Drive that played in the “Arena Bowl” in all six of their seasons, the Detroit Tigers (1992-2017) with four consecutive “Central Division Championships” 2011-2014. He and Marian were founders of Ilitch Holdings in 1999 to provide professional services to their many entities. Mike was inducted into the “NHL Hall of Fame” in 2003 and the “U.S. Hockey Hall of Fame” in 2004. Ilitch received the U.S. Department of Veterans Affairs “Secretary’s Award” in 2007 and was presented the Joe Louis “Brown Bomber” Jacket in 2012. Wayne State University renamed their business school the “Mike Ilitch School of Business” in 2015 in recognition of a $40 million grant from Mike and Marian used to build the school’s new building on Woodward Avenue. His projects in the community included starting the Little Caesars Amateur Hockey Program in 1968, Little Caesars Love Kitchen in 1985 having served two million meals, Ilitch Charities for Children in 2000 and the Little Caesars Veterans Program in 2005. Mike loved his hometown and was known for making improvements in the downtown Detroit area including the Fox Theatre, Joe Louis Arena, Comerica Park and Little Caesars Arena. Ilitch died on February 10, 2017 at the age of 87.

“I’ve never seen a man more dedicated to a community than him. What he’s done for the franchise, for the city, he’s always there to give us whatever we need, whatever we want.” 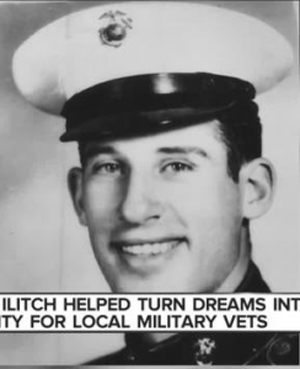 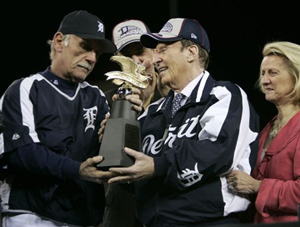 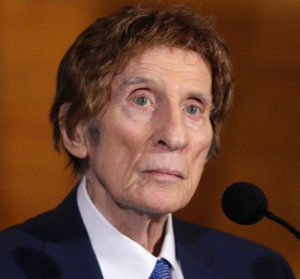