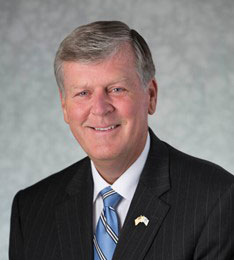 Thomas Haas was in 1951 and graduated from the Coast Guard Academy with honors in 1973. His first operational first assignment was aboard the Coast Guard Cutter Acacia, stationed in Port Huron. Service aboard other cutters included Mackinaw, Duane, and Eagle. He earned a Master’s degree in Chemistry and Environmental Health Sciences from University of Michigan, and served at Coast Guard Headquarters in Washington DC, also working with the United Nations to establish protocols for the safe shipment of cargos in and out of US and international ports. He became an internationally recognized expert in hazardous materials transportation, and this expertise resulted in an assignment as part of the Coast Guard’s response to the Exxon Valdez oil spill in 1989. Haas retired from the Coast Guard in 1996 as a Captain. In 2006, he was appointed as President of Grand Valley State University in Allendale and served until retiring in 2019. During his tenure, the university received Gold status from the Michigan Veterans Affairs Agency for its dedication to helping student veterans and their dependents navigate the GI Bill, and other education benefits. 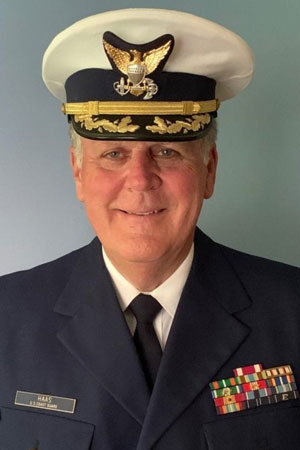