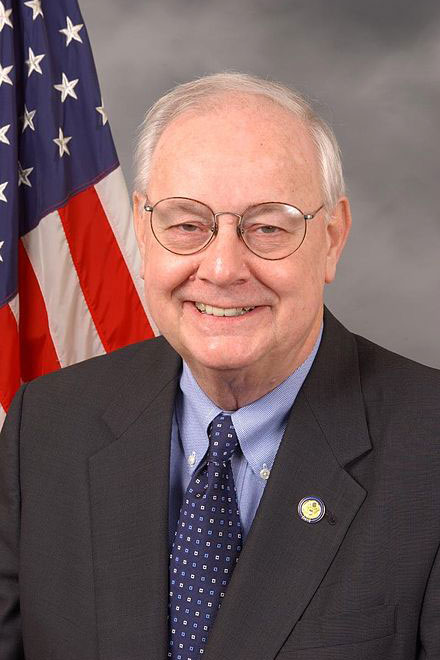 Dr. John JH “Joe” Schwarz was born in Chicago in 1937 and lives in Battle Creek. He earned a Bachelor’s degree from the University of Michigan in 1959 and an MD degree from Wayne State University in 1964. Joe entered the Navy in 1965, serving as a combat surgeon in Vietnam (1965-1966) and as Assistant Naval Attaché to the US Embassy in Djakarta, Indonesia (1966-1967). His federal service continued with the Central Intelligence Agency in Southeast Asia (1967-1970). Upon completing military and federal service, and a residency at Harvard, Dr Schwartz returned to Battle Creek to practice medicine for more than 45 years. In 1979, he was elected as a Battle Creek City Commissioner, in 1985 as Battle Creek’s Mayor, in 1986 to the Michigan Senate, and in 2004 to the US House of Representatives. Throughout his public career, Joe continued to practice medicine and serve in numerous positions, including Trustee at Olivet College, and member of the independent panel investigating conditions at Walter Reed Army Hospital. He lectures at the Ford School, University of Michigan, and holds 11 honorary degrees.