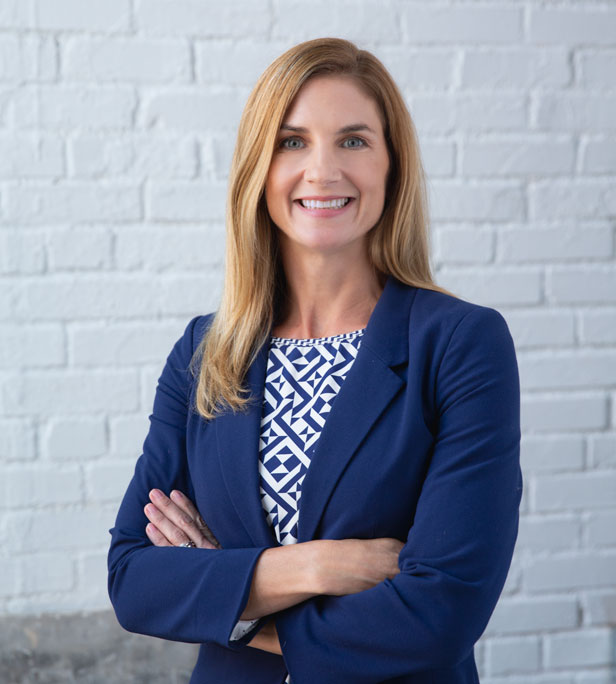 Angela (Morgan) Witkowski graduated from the University of Michigan's NROTC program as an honor graduate (the Battalion Commander). She also received her MBA from Michigan. She served as a Public Affairs Officer in the United States Marine Corps from 1997-2001.

Following her time in uniform, she was married to a Marine and spent 12 years as a Marine spouse. After Angie left active duty in 2001, she rose through the ranks quickly as a pharmaceutical sales representative before transitioning out of corporate America to launch her consultancy, Lead Star, in 2004.

Through her business, she’s been honored to partner with exceptional clients to include Google, Facebook, Oracle, Boston Scientific, Marathon Oil, Walmart, and many smaller – and equally impressive – businesses and organizations. Angie's an avid athlete who competes in marathons and triathlons … and is never one to turn down a push-up competition. She’s also the mom to two great boys and commits a tremendous amount of energy and time to being a super fan at their sporting events.

She's currently a member of MOAA in Northern Michigan. Angie's an entrepreneur and business consultant who specializes in leadership development. She's an experienced facilitator, coach, mentor, marketer, and writer. She's written and published three business books (Leading from the Front, SPARK, and Bet on You.) Her thought leadership has been published in Harvard Business Review, Fast Company, Inc., and in Entrepreneur.

Angie's served on the Marine Corps Heritage Foundation as a Director, and the Board of Directors for the National Writers Series. She's one of the creators of Battle of the Books, a reading program for 4th and 5th graders in Grand Traverse County. Angie’s been a featured guest on CNN, FOX News, and CNBC.